Kick off your summer with a day on the water!  Next Adventure is having their 4th annual Summer Splash on-water kayak demo day on the Willamette River. They have a large selection of over 1 million (just kidding, it’s more like 75-100) kayaks from leading paddle sports manufacturers. There will be on site demos of the latest and greatest gear to get you out on the water having fun. If you’ve been thinking about buying a kayak, this is a great time to try before you buy. Not to mention, they’ll have great deals that you can buy on the spot!

Stop by my booth and say “Hi” –  I’ll be giving private Yoga for Kayaking consultations and demos all day long. 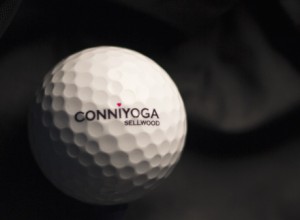 I am now teaching three new classes at Conniyoga!

Here is what they’re all about….

Yoga for Kayaking – Wednesday, 6:00 – 7:15 pm
Get in shape for Spring! Strengthen and stretch your kayaking muscles and improve your overall flexibility so you are ready to enjoy a great day out on the water. This class will help you improve your balance, heighten your awareness and focus while cultivating a sense of peace and relaxation. No yoga experience necessary.

Yoga for Cancer Survivors and Caregivers- Tuesday, 10:30 – 11:45 am
A safe, gentle and supportive class for cancer survivors and their caregivers. We will practice physical postures, breathing techniques and meditation to enhance relaxation in both mind and body. No experience necessary.

Gentle Yoga -Thursday, 10:30 – 11:45 am
Join us in a calming and nurturing yoga class that fosters awareness and acceptance of our body, mind and emotions. Physical postures, breathing techniques and meditation will be practiced to integrate and bring into harmony all parts of who we are. No experience necessary.

The studio is located at:

I hope to see you in class!

If you’re a granola lover, you might think you’ve tasted every granola there is. Well, there’s a well-kept secret in the San Juan Islands….Earth’s Candy Granola. This granola has just the right amount of sweetness with a perfect balance of oatiness and fruit. All of the fruit is hand-preserved in small batches by proprietor Mary Ann Bruno. This artisan product is all-natural and absolutely delicious.

Earth’s Candy offers an array of amazing treats such as all natural dried fruit, caramel corn, blueberry lemon jam and strawberry jam.  You can purchase Earth’s Candy at “The Little Store” inside the Lakedale Resort Lodge and the General Store. Lakedale Resort is located on Roche Harbor Road about half-way between Roche Harbor and Friday Harbor, San Juan Island, Washington.

While you’re enjoying one of Earth’s Candy treats, take a look around the resort!  On 82-acres, with three spring water lakes, Lakedale Resort at Three Lakes is an ideal San Juan Island getaway. Overnight options include a beautiful rustic lodge, real log cabins, a campground, and luxury canvas tents for one-of-a-kind experience – glamping. That’s short for “glamorous camping!” You won’t want to miss this experience.

Join me at the 19th Annual Columbia Slough Regatta, Sunday, July 28 from 9:00 am to 1:00 pm. This important hidden wetland waterway provides habitat for bald eagles, turtles, fish and otters.

I’ll be teaching an introductory Yoga for Kayaking class from 10:15 – 10:45 am and offering consults throughout the morning.  After some yoga, paddle on the Columbia Slough and look out for Great Blue Heron, Osprey, Western Painted Turtle, Beavers and more!

The Regatta will take place at:

Hope to see you there!

Nature-Infused Yoga was a success beyond all anticipation!  Kids from three years old to seniors enjoyed this new outdoor yoga experience at Lakedale Resort on San Juan Island, WA.  Natural inspiration surrounded us as we practiced Mountain Pose and Sun Salutation in the Meadow – a beautiful grassy area lined with trees overlooking a gentle pond.  The sky was blue and clear, the air was fresh and occasionally we would be accompanied by the sound of a playful fish jumping! I can’t think of a more serene and special place for Nature-Infused Yoga.

If you are looking for a peaceful getaway and a wonderful place to practice yoga, I highly recommend a visit to Lakedale Resort. On 82-acres, with three spring water lakes, it has a lodge, real log cabins, canvas cabins for a glamping experience and camping. Activities are abundant for everyone, including canoeing, kayaking, paddle-board rentals as well as arts & crafts and make-your-own sundaes for kids.  And don’t leave the Resort without trying Earth’s Candy, delightful homemade natural treats (sold in the Gift Shop) – my favorite is the Granola and Dried Fruit!

A special “Thank-you” to Shelley Bogaert, Owner of Lakedale Resort, and Karl Bruno, General Manager as well as all of the Supervisors and Staff for bringing Nature-Infused Yoga to Lakedale Resort!

Heading up to the San Juan Islands to teach Nature-Infused Yoga.  I will be at Lakedale Resort on San Juan Island June 30 – July 7 to offer this outdoor experience that inspires oneness and wellness with nature in a refreshing new way!  If you are looking to escape the heat this week, come on up and join me – everyone is welcome!

Picture approximately 80 people standing with their arms up in the air, performing Warrior I position in the middle of the Lucky Lab Brew Pub – that was the scene at the Oregon Ocean Paddling Society’s (OOPS) May meeting!  It was a great crowd with a lot of questions, suggestions and sharing about best yoga postures and stretches to use that will help keep our bodies feeling good throughout a paddle trip…and there were no injuries after a meal of pizza and beer.

I highly recommend attending an OOPS meeting – they are great people who warmly welcome newcomers.  Thank you to Paul Steinberg and OOPS for the invite!  Keep an eye out for the OOPS Paddle Trip where I will be teaching Yoga for Kayaking – Coming Soon!

Thank you to all who stopped by the Yoga for Kayaking booth this past weekend at the Alder Creek Kayak & Canoe 21st Annual Spring Paddle Festival – it was a great success! The sun was shining, the weather was beautiful and smiles were everywhere!  I spoke to and practiced yoga with many many people, young and old, and helped to alleviate sore backs, stiff shoulders and tight hips.

Yoga for Kayaking classes were taking place as people got ready for their morning paddle and as people got off the water and needed to stretch their backs.  Some dogs even visited the booth and demonstrated the downward dog yoga pose!  I’m delighted I was able to help so many of you!

A big thank you to Suzi Elle, owner of Alder Creek Kayak & Canoe, for inviting me to your Spring Paddle Festival – it was a blast!

There’s nothing quite like going for a paddle, stepping onto a sandy beach and getting into a yoga pose while the sun shines on your shoulders.  It’s a little different than stretching in a studio or gymnasium.  The sounds of Justin Timberlake or Lada Gaga aren’t booming over a sound system, except maybe from a big boat flying by — and you are not looking at four concrete walls.

Instead, an osprey calls, waves lap against the shore and the smell of moving water tickles your nose.  It feels much more rejuvenating and refreshing to stretch with Mother Nature!

“In a number of recent studies, volunteers have been asked to go for two walks for the same time or distance — one inside, usually on a treadmill or around a track, the other outdoors. In virtually all of the studies, the volunteers reported enjoying the outside activity more and, on subsequent psychological tests, scored significantly higher on measures of vitality, enthusiasm, pleasure and self-esteem and lower on tension, depression and fatigue after they walked outside.”

If you have never done yoga outdoors, I highly recommend it!